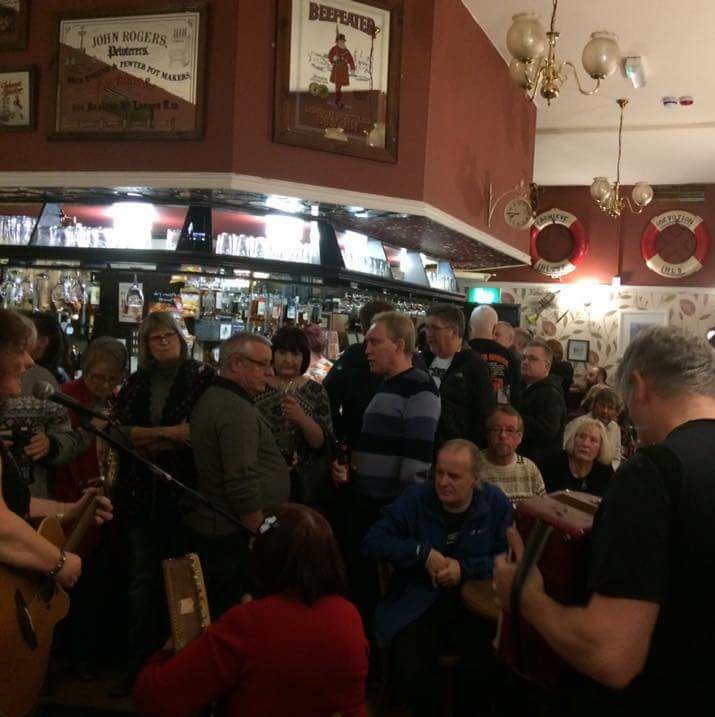 Glenn and Hazel then bought it in November 2017, since then they have promoted live music by holding Open Mic Nights every Tuesday night and live artists perform Saturday nights. Most of the acts are local performers who perform to an attentive audience.

We are a small traditional pub without a TV, Pool table or games machine, so customers can relax in a warm and friendly environment. They are a guitar and piano which customers are welcome to play.

Local real ales are sold in the Fish as Glenn and Hazel like to support the smaller local brewers. We also sell pies which are baked by a local butcher ‘The Farm Shop’ in Murray street Hartlepool. Various pies are sold along with vegan pies.

Every Sunday a fun Quiz is held and a raffle is held. All proceeds from raffle go to a local charity which changes every month.

Beer Festivals are held twice a year which is a popular event.

There are no upcoming events at this time.